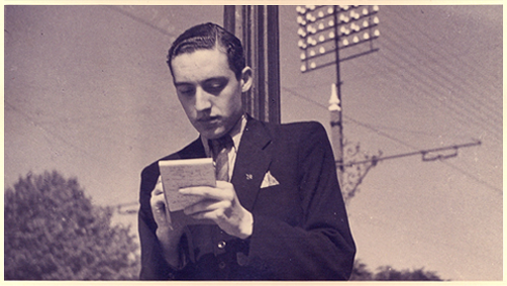 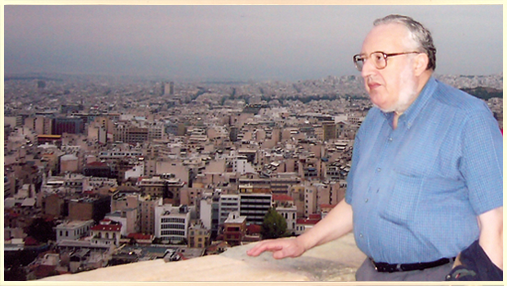 Fernando Gonçalves dos Santos Ferreira Lavrador was born on March 13, 1928, in Porto. He died on August 20, 2005, in the same city. He soon revealed an interest for culture and art. By the age of 5, he already frequented theatre and opera shows.

He went to the Alexandre Herculano High school, where he met other students, with whom he collaborated in the Portuguese Cinematography Film Society foundation, later called Porto CineClub.

This association would become one of the most important Portuguese film societies of which he was an honorary member. He was also an organiser and member at the Coimbra Film Society. In Aveiro he was a member of the Aveiro Film Society and one of the founders and organiser of the Film Cooperative "Great Plan".

He entered the University of Porto where he earned a degree in Electrotechnic Engineering. His life is dominated by two distinct activities: that of essayist and that of electrotechnic engineer.

As an engineer he specialised in telecommunications, teletraffics, and telefeasibility, having worked closely with GECA (Automatic Commutation Studies Group), the Research Office of Rabor Electric Motors, Portuguese Cellulose Company (Portucel), Portugal Telecom (Telecommunications Research Centre), the Institute of Telecommunications and the University of Aveiro.

As an essayist, he concentrated in the fields of semiotics and filmology, having published numerous essays, among which, four volumes of unique literary works in Portuguese essayism. He also collaborated with various newspapers and magazines.

Between the years of 1953 and 1954, he wrote the essay "Aesthetic Justification of Cinema", which would be published twenty years later. In this volume, he attempted to spread the ideas and studies of Gilbert Cohen-Séat, of Étienne Souriau and of the main essayists of the Sorbonne filmology group, such as his musings on film and cinematographic phenomena, with profound and original ideas in the field of semiotics.

In 1986 he edited the first of three volumes of the work "Studies of Filmic Semiotics", publishing 1096 pages of this work which he would never be able to finish.

He took part in several congresses, conferences and was a jury member of various film festivals. He organised colloquiums on cinema, namely about the works of Roman Polanski, Joseph Losey, Fritz Lang and José Fonseca e Costa.

In 1996, he was presented by the Porto City Council during the 100 Years Celebration of Portuguese Cinema,with the Gold Medal for Cultural Merit for his "unparalleled work in the field of the study of film semiotics".